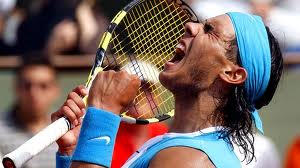 As well as being a personal trainer in London, I’m crazy about tennis. Here are some great tennis courts in East London which I recommend you check out:

12 hard courts, one of East London’s biggest public courts, run by the City of London Corporation.

Tennis coaching is available from Tennis Come True, run by Mario Robledo, an excellent tennis coach who gave me some lessons a few years ago at my club, Aldersbrook LTC. Mario is highly professional, diligent and dedicated to helping his clients (adults, children, groups) improve their tennis. He brings a wealth of knowledge from his own extensive tennis experience in Spain.

These tennis courts are run by Premier Tennis, having previously been run for several years by Tower Hamlets Tennis. The courts were refurbished to LTA standards in 2012.

These tennis courts are run by Newham Parks Tennis. Tennis coaching is available.

(Dominic Londesborough is a personal trainer in London, an online nutrition coach and a keen tennis player.)